When the second edition of the Community Focus Report was published in 2005, the issues surrounding early childhood merited their own chapter. Since that time, the subject has gained priority and awareness in our conversations, political discussions, and community commitment. We have woven young children's issues into city and chamber legislative priorities, brought renowned national speakers to advocate for increased awareness and focus, and have benefited from local commitments by foundations and philanthropic contributors to issues critical to young children's health and future success.

Community leaders recognize the importance of early childhood education. In the most recent City Council election, candidates who were elected spoke of the importance of addressing early childhood needs to make our community stronger. The connection was made between high-quality early childhood education and workforce development. In January 2018, the Darr Family Foundation, along with the Community Foundation of the Ozarks and the Musgrave Foundation, awarded a $1.01 million grant to Community Partnership of the Ozarks. This shift in priority funding was granted to support collaborative efforts to increase the professional development of programs serving young children from birth to age 8, as well as building early literacy and social emotional skills of preschool children through second grade.

Moreover, the ability of Springfield's school district to include preschool-aged children in the average daily attendance count in the school funding formula has been instrumental in bringing an additional 600 children to school beginning at age 4. Many districts within the state have not taken advantage of this shift in funding; however, Springfield had a plan in place and enrolled the first 200 preschoolers in fall 2018, with the conversion of Campbell Elementary to an Early Childhood Center. The passage of Springfield Public Schools' Proposition S in April 2019 solidifies our community's commitment to children, including under-resourced preschool children, within the district.

In 2018, the Mayor's Commission for Children, in conjunction with Missouri State University, produced a report (docx) that found 26% of kindergarten students were not prepared with the foundational skills to be successful in kindergarten, a percentage that has remained steady since 2010. To improve access to high-quality early childhood education, Springfield Public Schools maximized state funding to increase preschool access for students and families with the creation of the Campbell Early Childhood Center. The new center provided access to 200 additional 4-year-olds, bringing the district's total number of high-quality early childhood classrooms to 32. In comparison, in 2004, Springfield Public Schools had five preschool classrooms.

In the 2017 Community Focus Report, childhood trauma was indicated as a Red Flag, an issue that remains in this report. Although the issue continues to have a life-altering impact on young children, our community has taken a large step forward in addressing the impact. Comprehensive trauma awareness training has been offered to more than 5,000 individuals in our community, with a continued focus to spread the word on what trauma is, how it impacts children and families and how to support children who have experienced trauma. As agencies and businesses become more aware and work toward becoming trauma-responsive, our community will shift the paradigm toward greater knowledge and skills to help individuals heal.

This year marks the 30th anniversary of Safe Kids in Springfield, a comprehensive childhood safety effort to train and educate the community. More than 454,145 families have been reached, and 10,339 bike helmets have been provided. Car-seat use in the 10 southwest Missouri counties served has increased from 65% to 94%. Accidental injury is the No. 1 cause of death among children ages 15 and under in the United States and is preventable. In addition to car seats and bike safety, Safe Kids helps families with safe sleep practices, poison and fire prevention, water/toy/sports safety, and ways to prevent heat deaths in cars.

Childhood trauma affects not only the social and emotional well-being of victims, but long-term health outcomes, employment opportunities and the future success of many who are victims. Though the community has made strides in awareness, child abuse and neglect remain major issues. The rate for Greene County remains above the state average, and in the county, more than 7,710 calls were made to the Child Abuse and Neglect hotline in 2018. Of these calls, 345 children were determined to be in immediate danger and entered the foster care system. As of March 2019, there were 671 children in foster care. These reflect the highest numbers for abuse and neglect in our community since 2014.

Economic disparities of access affect those who can take advantage of high-quality early childhood care and education. Costs are rising for child care providers, which, in turn, can lead to higher costs of care. With the impending minimum wage hike to $12 an hour and the additional costly requirements imposed on child care providers who accept state subsidies, providers are struggling with their budgets. Accepting subsidies means increased expenses related to additional training requirements and fingerprint background checks. Child care providers who choose to accept children in foster care are also choosing to accept a financial loss because the state does not pay the provider's full rate/cost of care for those children, and providers are not allowed to charge foster families the difference. These issues are severely limiting the availability of child care. 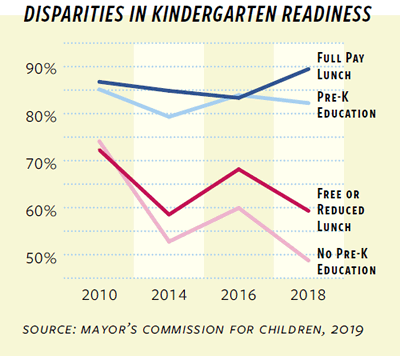 There is an epidemic of child care suspensions and expulsions of our most at-risk children. Child care licensing regulations are forcing providers to expel young children in order to remain in compliance. Early childhood mental-health consultation is one of the few strategies that research has proven to have an impact on expulsion and suspension rates; however, few child care providers have access to this critical service. Preschool expulsions are associated with expulsions in later school grades, as well as negative educational and life outcomes. 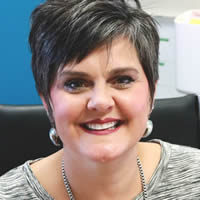 "I'm so incredibly proud of our community for embracing early childhood care and education as a priority. Looking back over the past 15 years, I recognize that our community now understands that high-quality experiences for our youngest citizens are necessary, not just nice. By expanding access to opportunities for infants, toddlers and preschoolers, Springfield has changed the trajectory of our future workforce."

For current information on early childhood indicators, including child abuse and neglect, view the latest data.